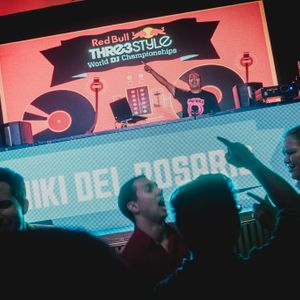 DJ Niki Del Rosario has had music as a part of his life on a daily basis. He started off in a band but, frustrated by the limitations placed on him, he started to learn the craft of DJing back in 2008. Since then, he has played at Collision, Collision 2, and the Black Party among others and was named the champion of the K1 Amateur DJ Battle and GEB Open DJ Battle.

This mix was recorded live at the Philippine Finals on June 28th, 2014. Red Bull Thre3Style is a DJ contest that promises to be a night of dance floor mayhem. The participants have to play a selection of at least three genres or styles of music in 15 minutes. It doesn't matter what genres of music are chosen so long as the DJ can make them work together.

Andy On The Radio