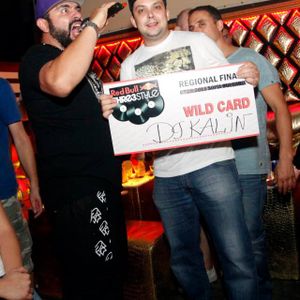 DJ Kalin is professionally playing as a DJ since 2001, when he was a student, and in 2007 opens a club in his home town, where is a resident DJ. As in love with music, he took classes in producing with Jivorad Milich a.k.a DJ Lion - The Magic of Production. Kalin produced several tracks, one of which is personally presented by the techno legend UMEK in his radio show. Now he is in collaboration with D- Trax, and his label. DJ Kalin likes playing house, hip-hop, R&B, retro, rap. He most enjoys when playing music on vinyl!

Got serious issues with my latency, maybe calibration mistake due to the big hurry and some other things, but that's serato. You can't win a race with a flat tire

No offence but my mum mixes better than this

Yeah I was thinking the same thing WTF