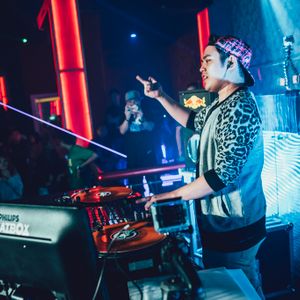 Franco Zarate is a young, promising and upcoming DJ who showcased his talent in various clubs and events in Metro Manila.In early 2014, he then joined Looper Beat Academy, now known as Bounce DJ and Production School and sought guidance to his craft as well as joining The Wildlife Productions to expand his prowess of electrobass music.

This mix was recorded live at the #3style Philippine National Finals on June 27th, 2015. Red Bull Thre3Style is a DJ contest that promises to be a night of dance floor mayhem. The participants have to play a selection of at least three genres or styles of music in 15 minutes. It doesn't matter what genres of music are chosen so long as the DJ can make them work together.

need to put on my headphones to hear this better, but I already know I can dig it!!