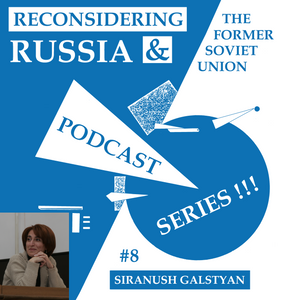 Guest: Siranush Galstyan, lecturer at the Yerevan State Institute of Theatre and Cinema and the author of the book "Cinema of Armenia" (Mazda, 2016). Our interview explores the cinema of Armenia, Georgia, and the Caucasus. We discuss early Soviet films about Yazidi romances and peoples' revolutions in Iran, highlighting the role of popular culture in Soviet Near Eastern policy. We also discuss the work of Sergei Parajanov and Artavazd Peleshyan as well as the celebrated actor Frunzik Mkrtchyan of "Mimino" and other films.