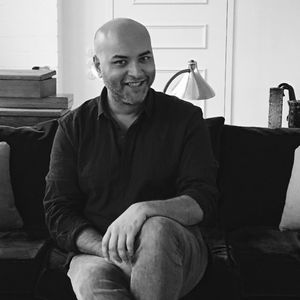 When writing about his vision of free “schizo-poetic” radio-articulations in 1977, psychiatrist and writer Felix Guattari had ways of speaking in mind, that “put in doubt a certain conception of (..) the journalist”. That`s why the bogeyman of free radio is often seen in the BBC presenter. But what makes the BBC presenting style so specific?

Reboot.fm`s Anna Bromley invited art journalist, podcast producer and presenter Arsalan Mohammad to share tracks, narratives and stories around BBC-voices. The hour-long talk revolves around implications of RP accents, the politics of regional accents in the mainstream media and finishes off with a Venetian bind.

Arsalan contributes to a number of publications, including The Art Newspaper, Artnet, GQ and many more. Originally from the UK, he is based in Berlin. Arsalan’s podcast David Bowie: Albumtoalbum is available on the Apple Podcasts store and via “Arsalan.online”.