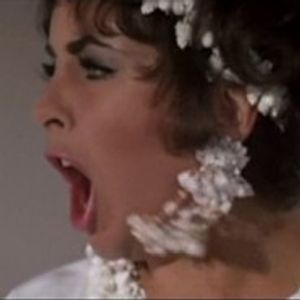 In 2007 CHEAP needed direction. So they asked Canadian queercore filmmaker Judy LaBruce to take the helm of their new stage production. You may think they were crazy to have turned to the reluctant pornographer for direction. Indeed, it was a risky move. But Judy’s flippant fagginess and old-school aesthetic charm was just what we needed. We were already wrapping our heads around Rainer Werner Fassbinder’s Western melodrama Whity (1971) but Judy added three other crucial “goodbye 1960s” films to the mix: Joseph Losey’s Boom (1968), Pier Paolo Pasolini’s Teorema (1968) and John Huston’s Reflections in a Golden Eye (1967). In their own way, each film marked the end of the bourgeios family. Out of the ashes of white hetero normality, CHEAP BLACKY was born. Listen to the original songs of the CHEAP Blacky band, such as “Tyrone the Baptist,” “You’ll Never Eat Pussy in this Town;” “Even Without Champagne” and “It’s a Memory.”