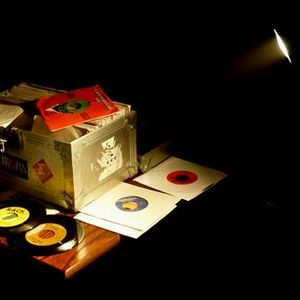 Brian Poole and the Tremeloes, The Kingsmen, The Shadows, The Jaybirds, Rupert's People and more.

Brian Poole and the Tremeloes cover of Berry Gordy's 'Do You Love Me' written for The Temptations but originally recorded by The Contours kicks us off. We continue with one of the most covered songs in history 'Louie Louie'. The Kingsmen's version was also subject to an FBI investigation about supposed obscene lyrics. Woo she's one hell of a girl, 36-24-36, Cliff's backing get down & dirty. Driving into Rocksville with a few tracks from the likes of Jimi, Steppenwolf and Jefferson Airplane. Way back before Status Quo rocked all over the world they used to knock out tunes like 'Lakky Lady'. Ike & Tina start to bring the funk and then the newest track on the whole mix Blackbuster's 'Old Man' steps the funk up. Hip Hop fans should know the first four bars of Byrdie Green's 45 from Grand Puba. Some soul music connoisseurs might recognize Betty Harris's 1968 release on Sansu 'Ride Your Pony', next up are all the Motown classics including Martha's funkier cover of 'I Want You Back'.

thank you for this. it's an amazing mix. good to write diploma theses :)