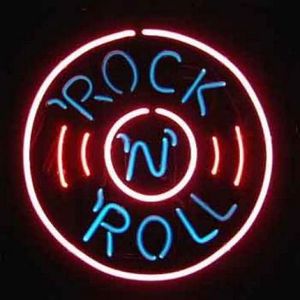 We start with a few female vocal gems from Peggy Lee and the serene Jeannie Hoffman. Nina helps step up the pace with a live version of 'I'm Going Back Home'. We then hit Surf guitar territory, including Bert Weedon's lesser known version of the Shadow's 'Apache'. Up next a couple of pre-Jesus Cliff Richard tunes which do rule. We then head Stateside and what better way to get started then Carl Perkin's 'Blue Suede Shoes' from 1955, this tune is considered by many as the birth of Rock 'n' Roll, incorporating elements of blues, country and pop music. We then have a trio of Chuck Berry written R'n'R standards. Into the 60's with the UK's Swinging Blue Jeans version of 'Hippy Hippy Shakes' and The Beatles cover of 'Twist and Shout'. We then have a few US novelty tracks including 'Charlie Brown' from the late 50's by the Coasters. We close with Petula Clark's sexy french cover of the Lee Dorsey R&B song 'Ya Ya', this tune was the only successful recording of a Twist song by a female.

I love the crackle on the old vinyl. Real soothing.

Hi Ben, I was always under the impression that was the original. I think the copy on that mix is on a re-issue on OLD GOLD 45 if I remember correctly.

Just great tunes back to back.Thank you for sharing.

This is an awsome mix!!! one of my first favourites! And one of my fav sessions on soundcloud thats non electonical. Thanks for the great tunes! Greetings from Amsterdam! - http://www.mixcloud.com/tharabergen/make-music-with-music-techno/