Hip Hop Could Never Rock 'n' Roll Like This 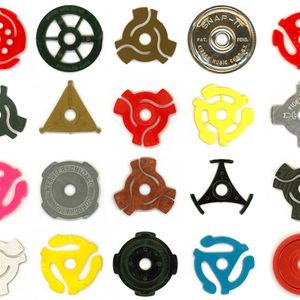 We kick off with an early Lavern Baker number from the early 50's, followed by an equally infectious tune by BB King. We have two stompers from Bo Diddley and Gene Vincent followed by Dave Berry's 1964 'My Baby Left Me'. Kim and Grim's Garage Rock cover of 'You Don't Love Me' is a blinder. The organ in 'Roadrunner' by the Animals just reminds me of Rick Mayall in his Y-fronts. The Belles, another great female Garage Rock band really keep the tempo up with their pounding 'Come Back'. 'Mickey's Monkey' is unusual as it wasn't written by Smokie and the Miracles, it was written by Motown's main writing team of Brian Holland, Lamont Dozier, and Eddie Holland. 'Money (That's What I Want)' from 1959 became the first hit record for Berry Gordy's Motown enterprise, he also had writing credits on the song. We have a couple of Motown classics and then move into Ska's-ville. 'Hey Bartender' from 1961 on Blue Beat is one of the greatest tunes by Ska pioneer Laurel Aitken. The Sonics rule. Fullstop.

Love this mix, lost count of the listens!

I just can't get enough of this mix, play it again Sam.

oooooohhhh......bartender....I remember TM Juke smacking that out at The Get Down!