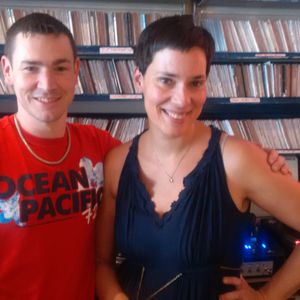 Her old band Stereolab may have gone on an indefinite break, but Laetitia is as busy as ever touring and recording with her band and releasing excellent records that obviously deserve your attention! So it's fair to say we were thrilled when she accepted to select tunes for the afternoon crowd! Almost half of London was in a muddy field preparing for the self proclaimed biggest rock star on the planet, we were with one of the nicest pop star we have had the pleasure to meet! Oh and there was the little matter of how good the music was...we all want to buy that 1st Carmel album now, and Philippe just won't rest until he puts his hands on the Cavern of anti matter LP.

very nice. what this songs after Michel Polnareff （28 mn）

Nice set. Any chance of a playlist ?