Turn Off the Light, Take a Deep Breath, and Relax (a new-age, worldbeat, electronica set) 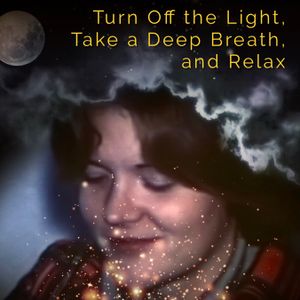 Turn Off the Light, Take a Deep Breath, and Relax (a new-age, worldbeat, electronica set)by rarewavemusic

This set has so much history and went through so many incarnations (dating back to 1996 on the Teac 3340), there isn’t enough word space to get into all the details here. Basically, the first three core songs, Mea Culpa (Fading Shades Mix) by Enigma into Sadeness (Extended Trance Mix) by Enigma (both originally from MCMXC a.D.) into Shanti (Black Mountain Mix) by Banco de Gaia (from a 1994 EP) have survived all incarnations. Following those songs on this Mixcloud version is a track from Pressure Drop from their 1995 album, Tearing the Silence; Dean Evenson from his 1996 album, Dreamstreams; Delerium from their 1997 album, Karma; The Starseeds from their 1997 album, Parallel Life; Enigma again from the Age of Loneliness Remixes CD; Deep Forest from their 1993 Sweet Lullaby Remix CD; Union Jack from their 1998 album, There Will Be No Armageddon; and Karminsky Experience from the 2003 album, The Power of Suggestion. The set runs 61 minutes; this version was created in Reaper.