Trip Into The Mind (from Rare Waves World Grooves) 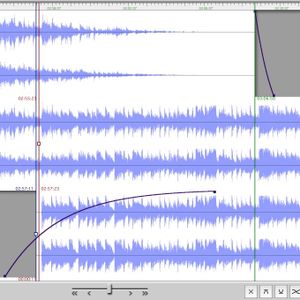 Trip Into The Mind (from Rare Waves World Grooves)by rarewavemusic

Here’s a set from the Rare Waves World Grooves series, remastered for Mixcloud using Toast 11 and Peak Pro 7. I start off with a nice upbeat cut from Fiamma Fumana’s 2006 “Onda” album; then a cut from Afro Celt Sound System’s 1999 “Release” album; next, Ma Faiza & Veet Sandeh from their 2005 “Mar Y Tierra Volume 2” album; then, Comfort from the 2004 compilation album, “Oriental Connection;” then, Bill Laswell & Jah Wobble from their 2001 “Radioaxiom: A Dub Transmission” album; from the Mole Listening Pearls collection, a cut by Nor Elle; then, Tommy C from the compilation album, “The Chill Out Room;” then a couple Omar remixes from the Bajofondo Remixed series; then a selection from Trentemøller’s 2006 “The Last Resort” album; Edmond Dantes is next from the 2006 “House Forecast Volume 1” album; then a cut from the 2005 Zion Train album, “Original Sounds of the Zion Remixed;” finally a cut from Issa Bagayogo’s 2004 “Issa Remixed” album. I hope you enjoy this set.