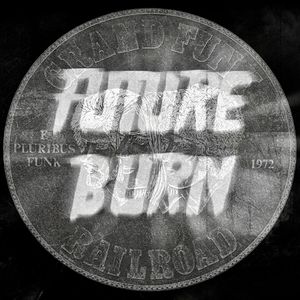 When I purchased the Grand Funk Railroad album, E Pluribus Funk, in 1971, it wasn't for the "hits" on the album, but rather because the album cover was cool: round, with an embossed silvery color; made to look like a giant coin. The song that impressed me the most was the last song on the album; an almost 9-minute complex composition with orchestra and heavy beats. That's how we start this set. From there, Deep Purple from their 1973 Who Do We Think We Are album. Then, Ten Years After from their 1974 Positive Vibrations album, James Gang from their 1970 Funk #49 album, Rush from their 1981 Moving Pictures album, Bluebird with the title track for this set from their Black Presence album, Led Zeppelin from their 1969 second album, Stoneground from their 1971 self-titled album, Atomic Rooster from their 1971 In Hearing of Atomic Rooster album, Journey from their 1977 Next album, Phil Manzanera from his 1978 K-Scope album, and finally, Wishbone Ash from their 1974 There's the Rub album.