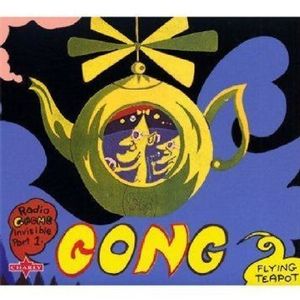 This is Philip Random's distillation of The Planet Gong Trilogy (Radio Gnome Invisible, Angel's Egg + You) which hit its midpoint in 1974. Apparently it all came to Gong's uber-proto-hippie front man Daevid Allen in a vision circa 1966. Beyond that, it's all rather deep and strange and beautiful, and probably still growing and expanding ... somewhere out there.