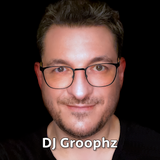 Nu-Funk Groophz offers beats based on the Funk of the late 60s and early 70s. This is combined with the beat style of Hip Hop from the 1980s and 1990s. Those times when they used break beats from Funk, Soul and Jazz. If you like boom bap you may think about using those beats for your raps.
This project offers a second type of beat. It is influenced by disco funk from the late 1970s and modern retro styles like Nu-Disco, French House and the like. If you like dance music you may think about using those beats for your next party.
Tracks you'll find here are special, fancy, maybe edgy. They have in common not to follow the mainstream. So you get something direct from the musical underground beamed from the last century.
Nu-Funk Groophz works sample-based and completely in-the-box. VST instruments and modern sample libraries are the foundation for every track.
Unpaid copies are licenced under CC BY-NC-SA 4.0.