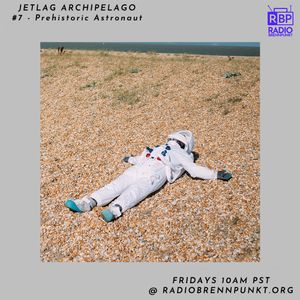 Light on nighttime highways can contract, as if the road were folding. In sound, history contracts and folds, too. Field recordings conducted by the investigative team the SOFAR Channel Delikassette and DJ Seeks Same) in the American state of New Mexico in December 2010, document a time and place where automatic teller machines are shrines to the gods, ancient rituals are digitized tourist attractions, and the underworld can be reached via elevator.

Tonight’s episode of the Jetlag Archipelago features: Field recordings from the state of New Mexico, USA in December, 2010: