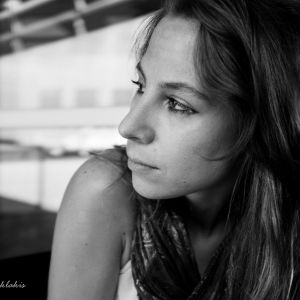 Composer Anna Stereopoulou defines her style as "SONIC MOVING IMAGES".
She specializes in composition for films and television and conducts interdisciplinary performances inspired by her research on various subjects. She is currently investigating the human brain. Her last concept albums are 'c i r c e: the black cut and the SYN project'. In September 2017 she will release her album electron.

[02] Title of Track: The Opaque Fleece
[spoken by Virginia Phiri. Response to the ZAMBEZI WOMEN Call Out organised by Radio Continental Drift]

My deep and sincere Thanks from my heart for the care and interest, both to my sounds, as well as to all Voices you're collecting and bringing to Light.
It is my honour to have my Waves re~Weaved by you, in such a delicate way.
I wish you always stay creative and inspiring!
anna ~

thanks you dear anna.