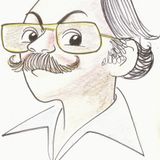 Never miss another
show from radioapplause

Michael Englebert is a freelance broadcaster whose programs over the past 50 years have been heard across Canada in such markets as Victoria B.C., Edmonton Alberta, Ottawa, Kingston, Montreal, and Toronto. Englebert has been heard for over two decades announcing and producing 'APPLAUSE, music from Broadway, Hollywood & the London stage'© from his own studio for a local radio station. Now you can hear the latest music from the musicals and film soundtracks plus featured shows from the past.