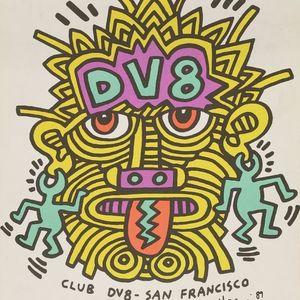 The Gardening Club - San Francisco is 25 years old. It was a dark jungle utopia to relax in after a long weekend clubbing , where you could sit in the Doobie Brothers old DC airplane, relax and smoke herbal jazz cigarettes. It held in the CARIBBEAN ZONE at the back of Dr. Winkie's DV8 nightclub, a place made famous for having its entire interior painted by Keith Haring (on speed). His artwork has since mysteriously disappeared and is probably sitting in a drug barons den in Ibiza today.

This recording was originally released as a 'Charlie At The Gardening Club' mixtape and sold to raise money for the food not bombs charity in SF.