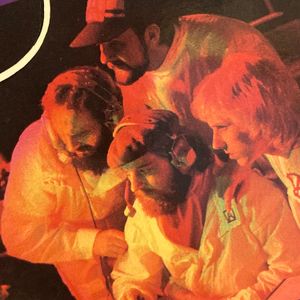 This show was 47th in the global folk chart.

The Ian & Jaco show returns ! This time we're taking a look at the new boxed set from Jethro Tull and Steven Wilson, "A A LA Mode." To commemorate the release of an updated version of one of our favorite albums, we play songs from the newly remixed studio album, 1980's "A," as well as choice cuts from the Live at LA Sports Arena 1980.

To supplement this, we'll be playing other tracks featuring members of this all-too-rare Jethro Tull lineup, Eddie Jobson (UK, Frank Zappa and solo) and Mark Craney, as well as related cuts from Jean-Luc Ponty, Shankar, and Mike Keneally. All this, and more surprises await, including music from the newly unearthed ex-Jethro Tull release, Tallis !

Great show I liked the heavy emphasizes on Tull and Tallis. Thanks Charlie