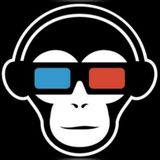 Never miss another
show from prime8radio_official

Santonio Echols - Detroit (Live Sessions) In the Mix
by prime8radio_official

Prime8Radio
Formed in early 2020, Prime8Radio is a digital radio station that is focused on the unity and culture of the dance music scene. Prime8Radio has been developed from a collective of American DJs and producers that have come together to make a station that highlights the best talent from around the globe. Prime8radio is in tune to the dance music scene and is here to keep spreading the message that it was built upon.
As technology changes, Prime8Radio stays on the front end of the curve, presenting new material across social media imprints, online, and at many shows, to push the defined boundaries of what a typical radio station can do.
Adhering to the root principles of the dance music culture, while staying relevant to the current time, Prime8radio offers quality DJs, that have gained love and respect from the masses through their innovation, dedication and love for the music.