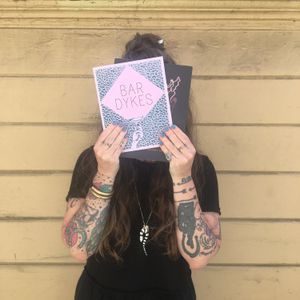 EPISODE FIFTY-EIGHT: in conversation with Faythe Levineby Podcast - Have Company

Faythe Levine’s main objective is to promote creativity and the empowerment in which that can behold. She is foremost interested in connecting people;&nbsp;in people’s ability to create, and the healing and political powers that art and making hold. In constant motion in adulthood, Faythe grew up in the Pacific Northwest in the 90’s where Riot Grrrl and Punk were the culture, and finding zine-making at an early age opened her practice up to practically anything. Marlee prompts Faythe to tell the winding story of how she came to make the documentary film and accompanying book, Handmade Nation: The Rise of D.I.Y. Art, Craft and Design (this book launched Marlee into the headspace that birthed Have Company). Faythe tells the story of how being a vendor at the early Chicago Renegade changed her trajectory- inspiring her to start theArt Vs. Craft&nbsp;fair in Milwaukee, quickly becoming immersed in a community of ba

More from Podcast - Have Company