Lynyrd Skynyrd's Rickey Medlocke on The Pat Show on WBXO 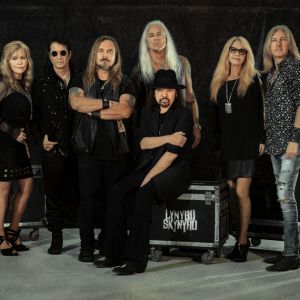 Lynyrd Skynyrd's Rickey Medlocke on The Pat Show this morning. Rickey with Johnny Van Zant in a truck traveling in Jacksonville Fl, with a bad cell connection - UGH...shares what was announced yesterday about the new Skynyrd documentary titled "IF I LEAVE HERE TOMORROW" which premieres this August on Showtime featuring the first film ever to have Gary Rossington tell all the true events about the tragic plane crash and other things, etc. Rickey also talks about the documentary titled RUMBLE: The Indians Who Rocked the World opens July 26 at Film Forum in New York before expanding to cities across the country, Blackfoot news, this Farewell Tour and the show at Bethel Woods on Saturday.