NCN - Beyond the Event Horizon 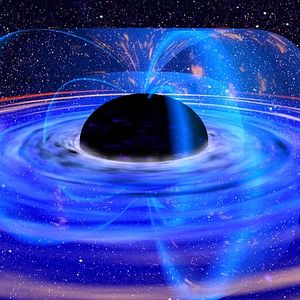 Webcast 3/25/2018: An 'event horizon' is the leading edge of a black hole. Black holes were studied by the late, acclaimed, bleeding-edge astrophysicist and intellectual giant Stephen Hawking who recently passed away on 3/14/2018 (Pi day). We include news of his life, and artistic and comedic treatments of Stephen Hawking in this (mostly) tribute to him and his work. Also some ancillary material about free will in an expanding and unfurling Universe, the Big Bang, feelings, mathematical pi, black holes and so on. Featuring the work of Al Newport, Negativland, Global Deejays, The Orb, Jerry Solomon, Midnight Voicejail, Ronald Redball, Don Joyce, Rocket 88, Melody Sheep, Big City Orchestra, Alan Watts, NCN, many many more.

To help support the work and expense of our show: http://nationalcynical.com/donate.