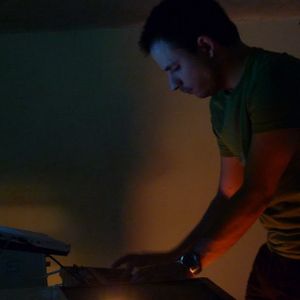 "Ferenc got down into producing quality music in 1998. Since then he has succeeded to find his individual style on many musical ways since then. His decade long studies on classical music and instruments helped him to build up the Vaspoeri Sound with recognizable percussive elements along ear-tickling melodies.
Piano chords, clicks, rasping bass, clear and deep pads and humor, these are the keywords of Vaspoeris sometimes jazzy, sometimes dubish tech sounds, but always catchy tunes that tell a story.
After he got involved with the Hungarian minimal scene, his tracks got released on the most respected Hungarian netlabels and he had his vinyl debut on "Top Ten 2/3" on Level Records.
With his live-acts he manages to entertain the crowd with overwhelming success at the most relevant clubs and festivals. "