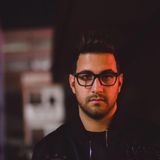 Never miss another
show from pisano

The Money Mix #3 with Pisano
by WeAreRichGroupReposted

The Money Mix #1 with Dj Konflikt
by WeAreRichGroupReposted

Los Angeles-based producer, Pisano, is quickly gaining attention within the dance music scene with his fluid production style that fuses house, hip hop, and soul. His debut single "It's Not Right, But It's Okay" landed in the Top 10 of the UK Music Week Club Chart, and has garnered praise from the likes of Tiesto, Don Diablo, MK, Le Youth, Blonde, Goldroom, Jason Bentley & KCRW and more.
He got his start interning at the famed Circle House Studios, where today’s music icons have passed through; he honed his skills with the best. He quickly met the ranks of the countries most sought after DJ’s. You can find him at top venues : Hyde Sunset , Nightingale, Doheny Room (LA) Story, Basement , Rockwell, E11even (Miami),Studio Paris (Chicago),1 Oak (NYC),Haven (Atlantic City), and other hot spots all over the country and internationally;