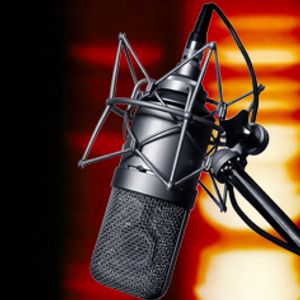 In this special programme, you can hear a documentary exploring the play's background and the making of the 2015 re-imagining, presented by Audaye Elesedy.

Then, the play itself. You can create your own DIY happening at home to accompany the performance:
• Load up the accompanying video – you can find it at http://phonic.fm/obafg
• Listen to the audio – through headphones is best
• Assemble a pile of random household objects in the glow of your computer screen
• Pull the curtains, turn off all the lights – you want it as dark as the beginning of time…
• After hearing the words “Then then then then then…” press play on the video…

This interpretation was first performed in the Black Box Studio at Exeter Phoenix 15th May 2015. It was a collaborative project between Blind Ditch, NOSE2015 and Phonic FM.