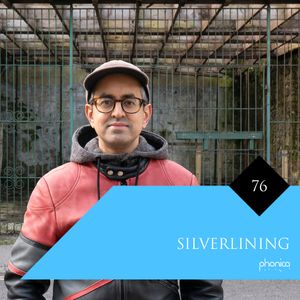 With more than twenty-five years in the game, Asad Rizvi, better known as Silverlining, has firmly rooted himself as one of the UK's leading house and techno figureheads.

Having started out as a DJ in his teens, and hosting an experimental techno show on a London pirate radio station, Asad's journey as a producer started around the same time, when he started to create his own brand of Warp Records-inspired electronica. From there, Asad's music has been released via such labels as Neotropiq, Talman, Furthur Electronix, Reverberations and Terry Francis and Nathan Coles' legendary Wiggle - not forgetting his own label Silverlining Dubs.

Asad's mix, below, is a masterful one and a half-hour recording of things house and techno through the ages - mixed to perfection at home using nothing more than a pair of Technics 1210s and a mixer. Be sure to check out the interview over on our editorial site Off The Record as well. Enjoy!