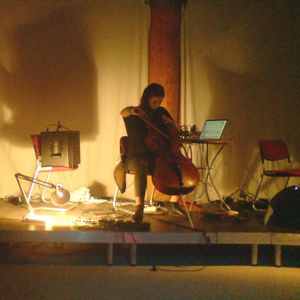 Featuring an interview with Icelandic cellist and composer Hildur Guðnadóttir, who in addition to her solo work has collaborated with Pan Sonic, Múm, BJ Nilssen, Stilluppsteypa, Throbbing Gristle and others.

We also speak with promoter and musician John Hall of Octopus, the organisation behind the Full Of Noises festival at the Lanternhouse, at which Hildur appeared on 25th September.

The publicity photograph discussed in the interview with Hildur can be seen at http://phantomcircuit.com/2010/11/29/phantom-circuit-55/