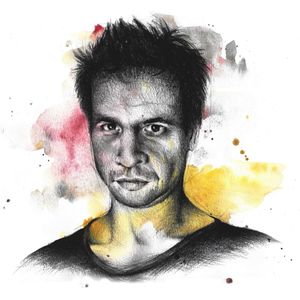 We're flattered to share with you the 7h PORTRAIT episode: our guest today is Laurent Mialon aka La Peste [French for The Plague], a deeply influential French avant-garde electronic music producer who started back in mid 90s with speedcore / experimental speedcore raids, and then reached out to estabilish his own imprint Hangar Liquides and consequently managing to define the Flashcore genre manifesto and aesthetics. In mid 00s the artist devoted himself to composition, releasing one of the most interesting hardcore-acoustmatics records ever: WTC.XTC, released in Dolby 5.1 (and also part of a wider multimedia art project).

'Para La Santísima Muerte Flashcore Live Set' is a 65-minutes-long, previously-unreleased audio, exclusivelly recorded for us, including both brand-new and old material.