The Godlike Genius Of Lee Hazlewood 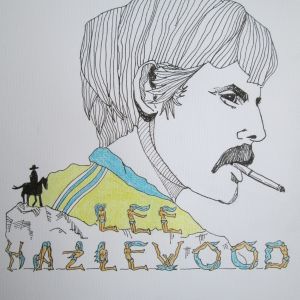 This mix contains the work of the late great Lee Hazlewood. Most songs here were written by Lee, produced by Lee or sang on by Lee. Starting his music career as a DJ playing the first Elvis song on the radio in Phoenix Lee soon after started producing and writing for other artists. He also started making his own records. Perhaps only known by some for his number one hit he wrote and produced for Nancy Sinatra (These Boot Are Made For Walking) he was also responsible for kick-starting the career of Duane Eddy. Why oh why he is not a widely known and popular artist is beyond me!!! Rodriguez was great (and so is the movie about him) but he only made two albums whereas Lee's body of work is huge. Where's Lee's movie? There is no movie about Lee, there isn't even a book and he has not been inducted in the rock n' droll hall of fame. Sad! Very sad! He was a true genius and is sadly missed by us REAL music fans!