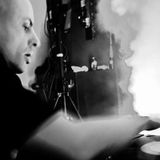 Playing a mix of US, European and UK techno since way back in the 90's, London-based Pat Hurley got his first gigs with People 4 People sound system and gone on to play for Unsound, Shtonka, Hardware, The Satellite club, Insanity, Defcom 1, Pendulum, Parallel Youniversity, Megatripolis, Analogue City, Absolute, Redeye, E1 sound, One Louder, Uber, Mindscapes, Techno in the City, Fabric, KSS, Family Groove, Butterfly Effect, Resonate and Cargo, as well as co-promoting events such as Solution, Beyond and pistonTec.

He’s also played all around the UK including the Glastonbury festival and abroad in France, Holland, Italy, Spain and Japan.

He runs the Open Source record label, on which he releases his own productions as well as tracks from artists such as Orlando Voorn, Mike Humphries and Jeff Amadeus.

He presents the Re-Wired radio show on approx 3rd Saturday of every month 8pm - 11pm on www.nrbc.io and Open Source Sessions mid month on Wednesdays on www.fnoobtechno.com