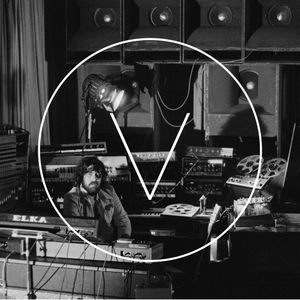 V for Vangelis - Audiodrome #33by Passive/Aggressive

Vangelis (1943-2022) was a Greek composer and a pioneer of electronic music. Vangelis began his career in the 60s as a member of The Forminx, and was a founding member of the progressive rock band Aphrodite’s child along with Demis Roussos, Loukas Sideras and Anargyros Koulouris.
Vangelis has composed for the screen since ’63, and has composed more than 60 soundtracks during his more than 50 year career. His music can be characterized as an immediate one-man orchestra, apparently doing most of his recordings as live performances in one takes.