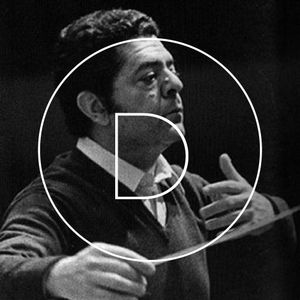 Francesco De Masi (11 January 1930 – 6 November 2005) was an Italian conductor and film score composer. He studied composition at the San Pietro a Maiella Conservatory in Naples, under the guidance of famed composer Achille Longo, his uncle.

De Masi's filmography includes scores for over 200 films and TV series, ranging from spaghetti westerns and sword and sandal epics to gialli and horror films, such as Lucio Fulci's “The New York Ripper”. De Masi also scored several action films, such as Enzo G. Castellari's “The Inglorious Bastards”, but he is best remembered for his work on spaghetti westerns.

Unlike most other composers, De Masi started writing western scores slightly earlier than the genre's most influential musician, Ennio Morricone. As De Masi's music was less influenced by Morricone, his style had a distinctive sound.