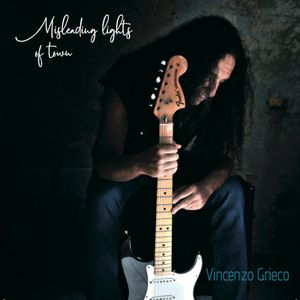 Can you tell me about the moment that you realized you wanted to play the guitar? You can pick 1 album that you’ve already heard to erase the memories of having heard it, and go back to listen to it like it’s the first time again. What would it be?  When I was looking through his music and all the places he has played, what is the one thing that he just can't live without when he is on the road?

"Misleading lights of town" is the title track from Vincenzo Grieco's first album. It's about a person who's driving late at night in a big city, trying to escape from the sense of fear in his mind. While driving, he realizes that all the lights that he sees are not going to comfort him. The imaginary spider web inside his mind represents Vincenzo's own phobia.

Vincenzo Grieco is a guitar player, musician and composer from Rome, Italy. After many years of musical experiences he decided to publish his first solo album.

More from Build the Scene