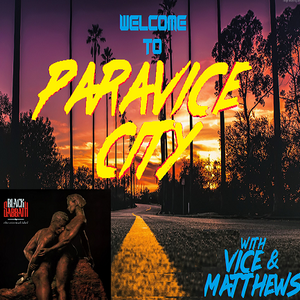 In this special episode block, Chad Vice & Kevin Matthews dive into Black Sabbath's 1987 album 'Eternal Idol', by playing all of the album's songs and discussing facts and stories about the album - plus what they like about it!

The Eternal Idol is the thirteenth studio album by English rock band Black Sabbath, released on November 1, 1987 (UK) and December 8, 1987 (USA). It is the first Black Sabbath album to feature vocalist Tony Martin. It spent six weeks on the Billboard 200 chart, peaking at 168. It was also the last full album of new material by Black Sabbath to be released by Warner Bros. Records (in North America)