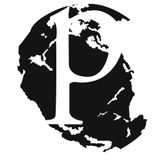 Hosted by label boss DJ Samer, this podcast will feature up and coming releases from his self and Pangea Recordings, as well as up and coming producer.