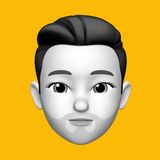 Never miss another
show from Panenka

The Lock-Up 019 - Brothers In Rhythm
by Panenka

The Lock-Up 018 - Rhythm Masters
by Panenka

Support Panenka by subscribing directly to this channel and get access to exclusive rewards.

Panenka (aka JMAR), an obsessive collector of house music since the early 90s, started DJing around his hometown of Middlesbrough, North East England back in 1999. After making his debut at the Cornerhouse, he also managed to bag a regular night time slot on student radio in Nottingham later the same year while at university in the city.

In 2016, after taking an extended break from DJing, Panenka started putting out mixtapes under his Lock-Up brand. Each mix celebrates the work of selected producers and remixers, featuring the best in soulful and vocal house from the nineties and noughties. These mixes quickly became popular, gaining huge support and clocking up thousands of plays.

Fast forward to 2020 and Panenka has set his sights on success as a producer. Self-taught since 2015, Panenka now has his own studio in Woking, Surrey and recently released his first remix. Look out for more from Panenka coming soon.