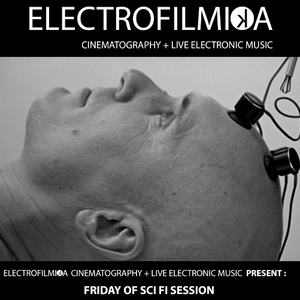 THX 1138 is the first feature film of George Lucas released in 1971. This film is inspired by Aldous Huxley's movie, The Machine Stops, and by George Orwell's novel 1984 and is set in an underground dystopia. The story centers around a man and a woman who rebel against their rigidly controlled society.

Pablo Herrera, is an Argentinian music producer and filmmaker based in New York City. His music stems directly from his experience as a filmmaker, combining contrasting techno rhythms and house melodies.