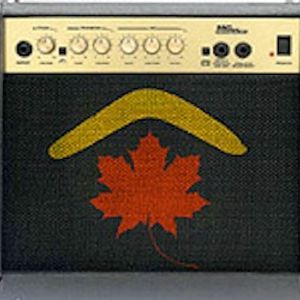 I had a chance meeting at CiTR radio today with Robynn Iwata, vox and guitar with the band Cub who were one of the early flagship bands of Vancouver's venerable Mint Records label (thanks for the introduction Nardwuar!). Cub helped pioneer the jangle-guitar pop punk that became known as 'cuddlecore'. You can hear a couple of Cub songs at the start of the show as well as tracks from their one of their contemporaries, Maow, featuring a young Neko Case.

A highlight of the second half of the show is the debut single from Vancouver's Ashley Shadow. Ashley has been a part of many projects in the past, most notably as bassist for the Organ. This stunning song showcases her remarkable voice prowess.