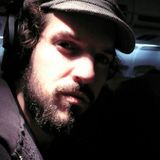 Never miss another
show from OZGOOD

San Francisco based dj OZGOOD aka Señor Oz has been rocking dancefloors from Burning Man to New York City since he started djng as a high school kid. His eclectic selections mix up dance music from genres ranging from funk,Afrobeat, disco, house, Latin, Hip-Hop and reggae, the unifying factor being the breaks that make the party move. As a tastemaker, producer and promoter he
has helped garner worldwide respect for the Afrolicious party he started and has gained critical praise for his remixes that have come out on Six Degrees Records and Akwaaba Records and
his mixtapes and original production.
www.facebook.com/senoroz
booking and info = ozmcguire AT gmail.com