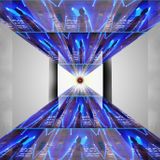 From Philadelphia, Owen floated around the musical and social influences he found around the city. From Rock n’ Roll, Folk, Funk, Blues, Motown, Soul, Jazz, Punk, the Mummers, parties, bonfires, and kitchen tables, Owen’s devoured whatever he could, even studying classical and fingerstyle guitar in 2000, obsessing over the techniques which translated easily into digital, utilizing software the likes of Cool Edit Pro, MTV Music Generator, Sony Acid Pr, Fruity Loops, Reason, and Ableton Live.

With a car packed to the brim with wires, and a gifted Pioneer SB-2, Owen wandered the coast eventually landing in Charlottesville for its familial support. He worked diligently to establish new roots and luckily, after a few days, he found a friend in he the hosts of The Weekend Dance Party FM show, Andy Richardson & Ben Lynch. A month later he would spin his first live radio set, and took off.