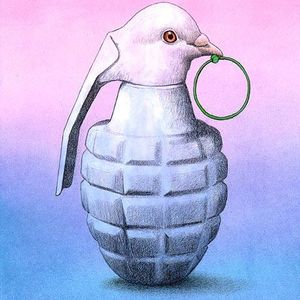 This show was 4th in the global college radio chart.

Clint Eastwood's newest film "American Sniper" has reignited an age-old national debate, pitting "patriots" against "hippies." Apart from analyzing the tendency of war films to glorify violence, justify racism, and fetishize murder, there are a number of factual errors and historical inconsistencies. The film's portrayal of Christian dominionism confuses the message of Jesus; the juxtaposition of 9_11 with Iraq invites viewers to make connections that don't exist; the jingoism encourages movie-goers to assume xenophobic hatred. The book which the film is based on is even worse, fostering anti-Muslim racism while spinning elaborate lies - making claims about former SEAL Jesse Ventura and mass murder in New Orleans that frankly, never happened. Savvy analysts see the divide-and-conquer mentality at play here. Featuring testimony from veterans sickened by "American Sniper" and its effects that you won't hear anywhere else, this episode is likely to leave you speechless and inspired.