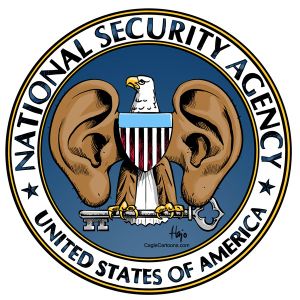 This show was 18th in the global college radio chart.

Thanks to the expiration of the USA PATRIOT Act and passage of the USA FREEDOM Act, we can all celebrate that NSA Spying is over now, right? No, not in the least. The Patriot Act's expiration means absolutely nothing. Don't believe the hype. The Freedom Act is nothing more than a new Patriot Act 2.0. The USA Freedom Act is a mass surveillance bill dressed up as a reform bill, and its passage will authorize and codify unconstitutional surveillance practices. Key parts of the Patriot Act are retained in the Freedom Act, and many of our rights will still be violated. Worst of all, under the Freedom Act our records will no longer go to the NSA but will instead remain with the phone companies and private corporations. The only freedom the so-called Freedom Act will provide is the freedom for Corporations and Intelligence Agencies to justify unconstitutional surveillance on everyone with similar legal loopholes. Our quest to bring the surveillance apparatus under control has only just begun