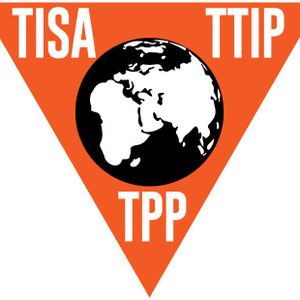 As the media attempts to distract the world's eye toward Confederate flags and events in Paris, a Totalitarian Trojan Horse threatens to unleash a fascist dictatorship the scope and magnitude of which have never been witnessed on planet Earth before. The Nov. 5th publication of the Trans Pacific Partnership's 30-chapter charter confirms the situation is far worse than even its most apocalyptic critics projected, following last year's exposure of the secret deal through Wikileaks. It will change our laws in favor of a global legal system that caters to corporations, censor and control the internet, abolish free speech through the alteration of conceived copyright rules, allow corporations the right to sue governments for impeding on their profits, make all forms of protest illegal, and much more. Of all the issues we face right now, the TPP constitutes the most egregious corporate power grab nightmare ever conceived in written history. In short, TPP is the face of the New World Order.