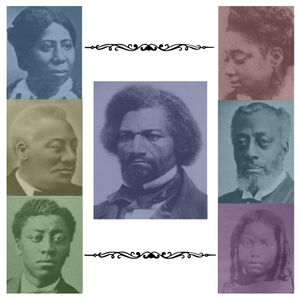 In this episode, we reconstruct some of the untold stories of Frederick and Anna's five children with help from Celeste-Marie Bernier. She's a professor at the University of Edinburgh and author of the new book If I Survive: Frederick Douglass and Family in the Walter O. Evans Collection. Bernier talks about Rosetta's lost feminist history of the abolition movement; Lewis Henry's letters from the frontlines of the Civil War; little Annie's recollections of John Brown; and much more.

We also speak with Walter O. Evans, the private collector of African American art and literature whose archive forms the basis for Bernier's new book. We'll find out how growing up in the segregated South influenced his thinking about preserving African American culture.

More from Our Earnest Struggle