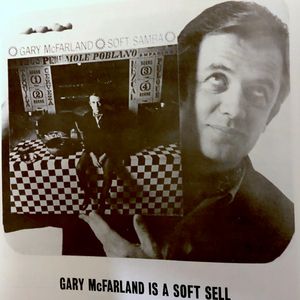 Gary McFarland Birthday Special - Show 256by Out of the Wood

"GARY McFARLAND was one of the more significant contributors to orchestral jazz during the 1960s. He distinguished himself as a witty composer, vibrant arranger, communicative vibes player and, later, a premiere producer. This "adult prodigy," as critic Gene Lees called him, came to music rather late in life and was only recorded during an all-too brief decade. But McFarland was an ingenious composer whose variety of musical moods revealed shades of complex emotional subtlety and clever childlike simplicity. "
© Doug Payne
https://www.dougpayne.com/gary1.htm

Pete Williams plays a selection of McFarland magic to remember him on his Birthday
Broadcast live from The Book and Record Bar 2012-10-24
Streamed on https://outofthewood.london

More from Out of the Wood