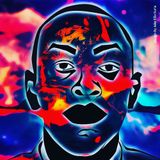 Never miss another
show from OneDown

Vincent Mwangi aka OneDown, an Afro & House DJ and upcoming Producer from Nairobi,Kenya. He grew up listening to various genres of music, however it was house music which deeply inscribed itself in him.He fell for house music before knowing it was called house music. To grow his knowledge and keep up with the fast growing underground house scene he started his podacst African Moves where he has hosted guests like Oscar P,Chris Deepak,MIDH,Anerah Yasole,Team Distant,Aimo,Saint Evo and more
Since July 2016 he has been playing on a house music show called Dance Republic on one of kenya's biggest radio stations CAPITAL FM, the show airs on Fridays 9-11pm (E.A.T.)
He has since been playing for major electronic events in Nairobi alongside different artists like Enoo Napa,Prince Kaybee...just to name a few.
Watch out for his productions
www.twitter.com/onedownlive
www.instagram.com/onedownlive
www.facebook.com/onedownlive
www.soundcloud.com/onedownlive
vinmwangi.vm@gmail.com