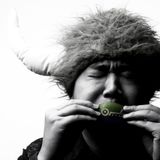 Never miss another
show from OMB

DJ & producer Daisuke Yamagishi, better known as OMB has been active positively for years in Japan and as well as overseas. His groovy and atmospheric production skills have been discovered by the leaders in dance music, such as John Digweed and Anthony Pappa and that leads him to release tracks like “Beeperhorn / Whiteroom” form 3beat (U.K.) and "Explicit" from Womb (JP). His tracks have been in the set list of Paul Oakenfold, Deep Dish, Hernan Cattaneo, Seb Fontaine, to name a few. Obviously he is one of the few DJs/producers that increase global profile. He has also released tracks form the strong labels, such as Audiotherapy (U.K.), Silver Planet (U.K.), King Street (US), 3beat (U.K.), womb (JP), Acute (US), and Nitelist (JP).