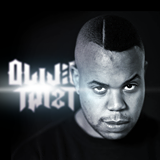 With a skill for fidgety sounding techno-ghetto beats, Oliver never sat in a straight-laced genre. Keeping it raw in the studio, Rolling Stone featured the recent collaboration premier with Diplo on ‘Go’ while ‘XXX’ with Angger Dimas released on Dim Mak caused small mayhem! Over at the
Mixmash office it’s no surprise the speakers are still standing after the release of ‘Gladiator’ with Sandro Silva and more recently solo originals ‘3Chainz’ and ‘Let Me see You Do It’. Damn! Just hangin’ out, it’s not uncommon for the Twizty to get the odd remix request too- no biggie, just a few under is belt like ‘Give me All Your Luvin’ for Madonna and Justin Bieber’s ‘Boyfriend’. It’s the most recent on Ultra Records with a dirty trap vibe that has settled the score on Oliver’s proper ability to mess shit up! Start with ‘Singularity’ for Steve Aoki and Angger Dimas featuring ‘My Name is Kay’ then drop it just a weee bit harder for the Bloody Beetroots featuring Tai and Bart B More on ‘Spank’.